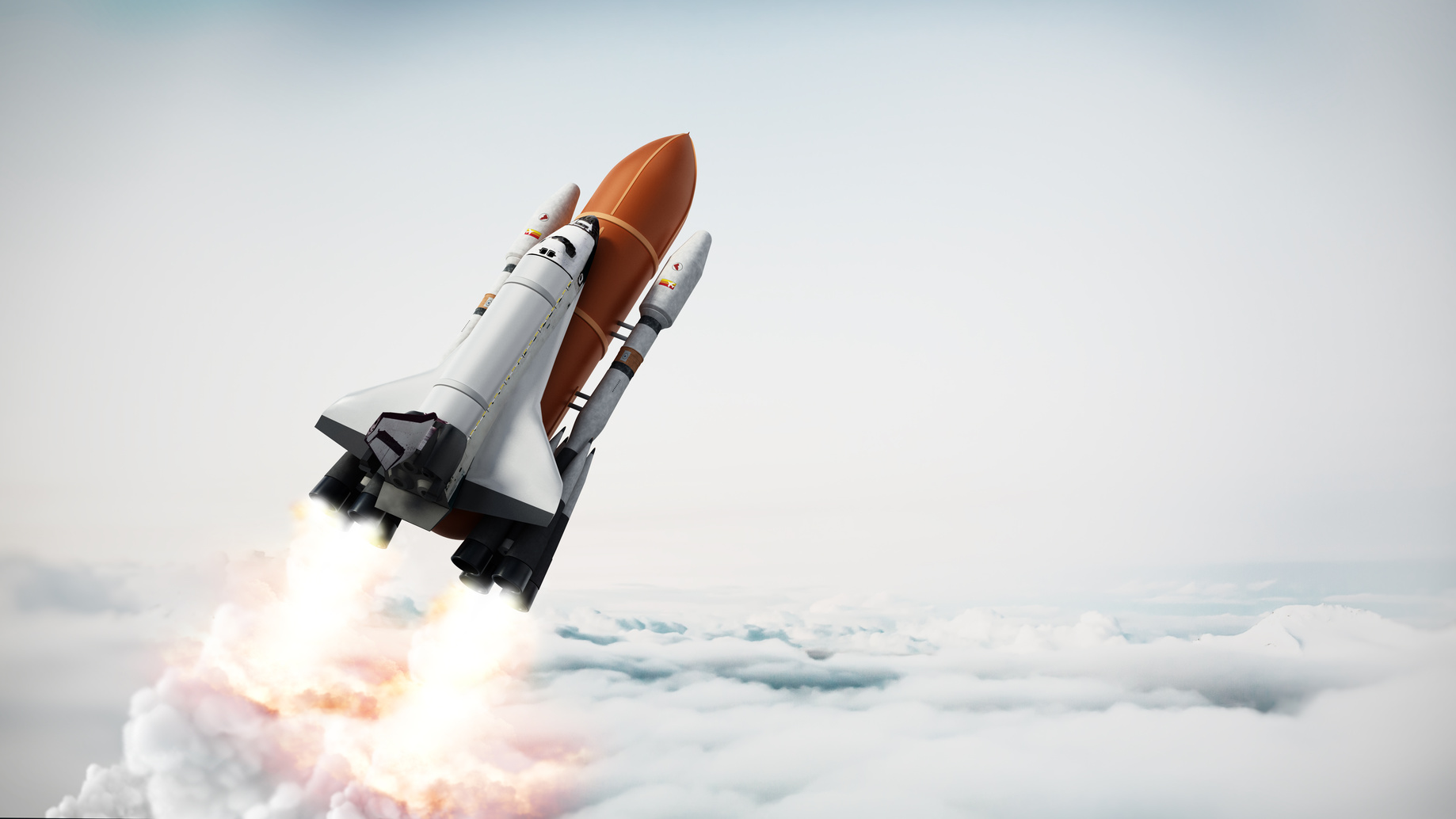 We all learned about the Space Race in history class. But we only got part of the story.  Like any other event in history, there were behind the scenes events that not many people were aware of.

Recently, the film Hidden Figures came out and everyone was shocked. No one knew that African-American women were behind the Space Race. Many were unsure the truth behind the film because we had never learned this. But like most Hollywood films, the film only covered half of the real story.

These powerful women were never talked about in history or in reports from the time. Though they were lost in history, their impact on the race to space can be seen every day as technology grows. Their hard work is now being exposed for all to see.

We're touching on some of the important lives that were part of the race to space.

Are you interested in learning more about the real race to space? Read on to hear all about the NASA you had no idea about!

It All Started with Human Computers

In the days leading up to launch a man to the moon (and thereafter), there were women who calculated the numbers for space engineers. These women were known as "computers." They were key pieces of the launch of the aeronautical industry, and then the race to space.

To the modern American, it's hard to believe that women, let alone African American women, were able to work in such a male dominant industry. However, there were a couple political and historical events that took place that jump-started the women computers.

In the 1930s, with war raging across the Atlantic in Europe, the Americans were pushing for aeronautical development. Mathematicians were needed at this time in history more than ever. They were needed to calculate the numbers and trajectories of airplanes for the war. However, it was necessary that these people had quick skills and paid close attention to detail.

During this time, many young women were going to college and getting math and science educations. While many of them entered the world of teaching, often times they were also pulled to work in other fields - aeronautical studies being one of them.

The first major event was the hiring of five women to the NACA (National Advisory Committee for Aeronautics) in 1935. They were hired on to be computers at the Langley campus, calculating numbers for the NACA engineers. But why were women chosen for this type of position? They were cheap labor, and they were accurate.

One of these women was Dorothy Vaughan. She started working for NACA in 1935 as a human computer. She became one of the first black supervisors, and one of the female supervisors in the facility. In order to prepare digital versions of computers, Vaughan worked to teach early coding languages to the women of her division.

Then in 1941, President Franklin D. Roosevelt signed the Executive Order 8802. His aim was to build the workforce as there was a war in Europe and he wanted to be prepared. Everyone was needed to help with the war effort, and this order helped with this. This order prevented discrimination against race or color in positions that perpetuated the war effort. Though it did not prevent women from being discriminated against.

It was after the attack on Pearl Harbor in December that forced NACA to then hire African American women to enter the computer workforce. More women were needed to work as human computers, and a woman's race was no longer an issue as far as hiring them on. It's not for certain how many of these women were hired on to work on the race to space.

While they were allowed to work on these important projects, they still had a long road ahead of them to be seen as equals.

Their Impact on the Race to Space

So how did these women impact the race to space? As with anything, it didn't happen overnight. Though their impact was great, it started progressively. And it didn't come easily for them either.

The NACA was the precursor to what we know today as NASA. Its main focus was building and improving aerodynamics and war planes. This was years before the race to space was even considered. These women and engineers were focusing on making aircraft more efficient for war.

However, their impact is seen every day as we modern Americans fly across the world in airplanes. These women worked to make the past and modern airplanes fly safer and faster. While their main focus was war planes, we are still seeing their impact today.

Because so many of these women did impeccable work, they were then asked to leave the computer pool to work on larger, more specific projects.

As the war ended, these women were still asked to stay on to further assist what was then called NASA with the race to space. The growing pressure from outside sources forced NASA to need extra assistance in their space programs. The women were kept on, and thankfully they were.

For example, one of the pioneers of this all women division was Christine Darden. Her work brought us advances in supersonic flight. Though her story would not have been possible without the hard work of her predecessors in the early 1950s.

Mary Jackson was one such predecessor. She started her career in 1951 as most of the women did as a human computer. However, a few years after her start at Langley, she was asked to work directly with an engineer. Her focus in this work was to work with supersonic pressure tunnels. She was to study the forces that moved at twice the speed of sound.

With the prodding of her engineer boss, Kazimierz Czarnecki, she took engineering classes at a local all-white high school. After she completed her classes in 1958, she became NASA's first female black engineer. Her work prompted studies in aerodynamics and air flow to make airplanes more efficient and faster.

Throughout her career, she worked to increase the number of minority women in mathematics and science. She worked directly with these divisions within NASA until her retirement in 1985. Her work helped spark the interest and abilities in other minority women in the field.

Pressure from the Soviets in the Race to Space

In 1957, Americans were pressured by the Soviet Union's launch of their first Sputnik orbit. The Cold War meant lots of competition between the Soviets and the Americans. The pressure was on, and the administration at the time wanted to be on the same scale as the Soviets.

But they needed help to do so.

Eventually, Americans were also able to send their men into orbit. But it didn't happen without the help of some prominent women computers to help the race to space.

Katherine Johnson, another pioneer women in the field, applied for a job at Langley as a human computer. Shortly after being hired on, she was then moved to the Flight Research Division. She was responsible for Alan Shepard's 1961 short flight from earth.

She was also an important part in launching John Glenn's 1962 orbit around the world. In this flight, she was single-handedly responsible for double checking the numbers of the new IBM computer. In fact, John Glenn didn't trust the computer and requested that Johnson double check the numbers before he took off. Her calculations helped prompt the trust of computers in this new industry.

Historic Moments for the Race to Space

It wasn't until 1969 that Americans went to the moon. This was a huge deal for Americans as this had never happened before. The safety of the astronauts was one of the main concerns. Large teams were needed and impeccable math was required. Katherine Johnson helped project the numbers that would power Apollo 11 into space and land on the moon.

Large teams were needed and impeccable math was required. Katherine Johnson helped project the numbers that would power Apollo 11 into space and land on the moon.

But her hard work didn't stop there. She was also an important part of the Apollo 13 mission in 1970. The mission was aborted, and the astronauts needed to get home safely. She created charts and a system that allowed them to track their journey through space. The astronauts were able to accurately decipher their location in order to land on earth.

Later on, Johnson helped work on the Space Shuttle program that we know today.

Hardships as Women and Colored Women

While these women were allowed to work in this industry, it was not without hardship. Not only were they working long hours as human computers (and later NASA projects) they were also expected to be wives and mothers. Many of these women were not able to keep up with the two lives and had to leave the facility to raise their children and keep their home up.

But their hardships didn't stop there. As colored women, they were still not allowed to work with their white counterparts. They were labeled as the "colored computers" and signs were put around the campus to let them know this.

They were expected to work in a separate wing on the west side of the facility. This prompted their nickname, the West Computers.  Not only did they work separately, they were also expected to use separate dining halls and bathrooms. Remember that Langley was located in the still segregated south in Virginia.

These women were segregated both in and outside of work.

Though they experienced many hardships both sex and race related, these women were trusted with the lives of men who flew to the moon. Eventually, they were no longer looked at as second-hand citizens. Because of their work, they were looked at as respected professionals in their field and helped perpetuate the race to space.

It was as if Langley and NASA were completely removed from the civil rights movements that were taking place outside of its walls. At this campus, women were regarded as equals who were capable of putting a man on the moon.

They say that behind every great man, there's any even stronger woman. This was the case with the race to space. At an important time in history, African American women were responsible for moving American men forward in the race to space.

It started out as just a program that would help the war effort. They were intelligent women who were underestimated in the earlier times. However, as their work was shown to be just as good (and at times, better) than the men's work, they were regarded as important figures in the race to space.

They were an important part of the beginning of NASA's history.

Struggling with both gender and race related issues, they were still able to hold their heads high and complete the work they were presented with. Some of the pioneers of this industry and the race to space were important factors in launching the first American orbit in space. They were also behind the moon landing in 1969.

They were important in furthering the educations and acceptance of women and minorities in the field. Without them, many other innovations may not have come to fruition.

Some of our modern day airplanes are thanks to the work of these women. Their work in airflow, aerodynamics and the like perpetrated these innovations.

Though their history is just now being exposed, these women were not looking for credit or high praise. They were simply performing the job they had applied for. They launched the future of space exploration. Without them, who knows what our history would look like?